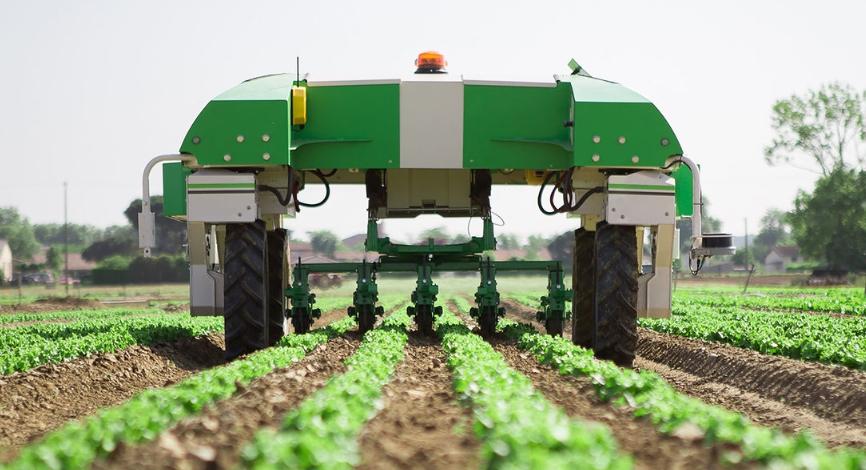 The job of the farmer is no longer as banal as many think. It is all the more important that farmers do stupid work to be able to dedicate themselves to more important tasks. Weeding is one of those tasks. What annoys hobby gardeners is likely to be a time-consuming and labor-intensive annoyance for many farmers, after all it is important for them to clear weeds from many hectares of fields. Instead of chemistry – keyword glyphosate and Co. – they can now also use modern technology.

For example, the agricultural machine with the wonderful name Dino, which a company called Naio Technologies has brought onto the market. The French have been offering the device for almost three years, largely unnoticed by the public. It not only works with an electric drive, but also completely autonomously. Before use, it only has to be set via its command display, whereupon it starts to weed all by itself, without it having to be operated or supervised further. To ensure that it cannot be stolen during work, the Dino is always monitored by GPS. If he is not at his destination, the owner receives a text message.

The 2.50 meter long and 1.30 meter high Naio Dino does its work based on a stored plot of land and the GPS control to within two centimeters. The installed camera also promotes precision by telling the dino what weeds and what are vegetables. It is designed to weed almost five hectares of land a day. Under ideal conditions, Naio Technologies promises that the lithium-ion battery will last for eight to ten hours. In its shift, the 800-kilogram dino moves at up to four km / h, all-wheel drive.

The dino can turn on the spot

A highlight of the agricultural machine are its axes. The wheelbase is not only variable in the longitudinal and transverse directions to adapt the Dino perfectly to the field to be weeded. But he can also turn on the spot. And it can be paired with multiple devices. Naio Technologies offers a plow as well as harrows in rotating, spike or star shape.

Naio Technologies does not mention official prices. Specialist portals put it at around 200,000 euros. The Naio Oz, which was also developed for weeding, is significantly cheaper, but also much smaller. Finally, Naio Technologies also offers the Ted model, which eliminates unwanted plants in vineyards using fully electric and autonomous drives.