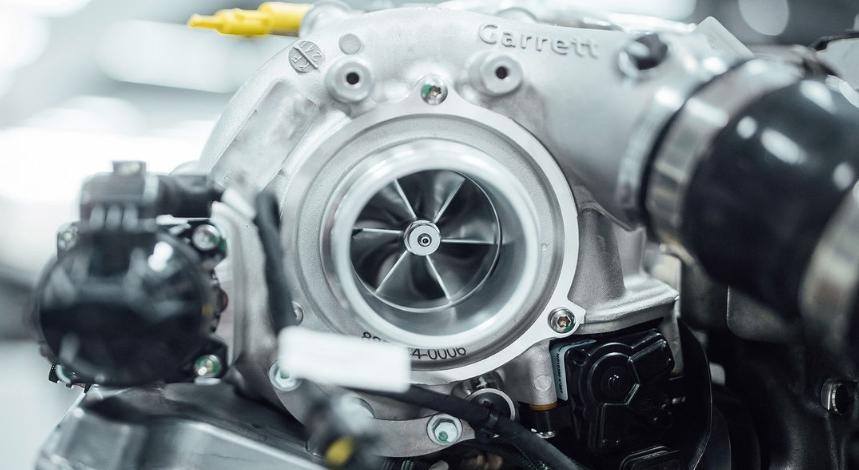 Electrification is also progressing at Mercedes-AMG. A combination of turbocharger and electric motor is about to go into series production.
The Mercedes performance subsidiary AMG cannot ignore the topic of electrification. Now the Affalterbachers are presenting an almost series-ready turbocharger solution that relies on the support of an electric motor. The development partner was the turbo specialist Garrett.

A loader for all cases

The technology should come directly from Formula 1. With the integration of a small electric motor into a conventional exhaust gas turbocharger, Mercedes-AMG wants to have resolved the conflict of objectives between a small, quickly responding charger, which achieves a comparatively low peak performance, and a large charger with high peak performance, which in turn responds only after a delay. The turbocharger creates speeds of up to 170,000 rpm and is operated via a 48-volt electrical system.

The electric motor, which is just under four centimeters wide, sits directly on the supercharger shaft between the turbine wheel on the exhaust gas side and the compressor wheel on the fresh air side. As long as the combustion engine does not provide a sufficiently strong exhaust gas flow, the electronically controlled electric motor drives the compressor wheel and thus shovels the turbo lag.