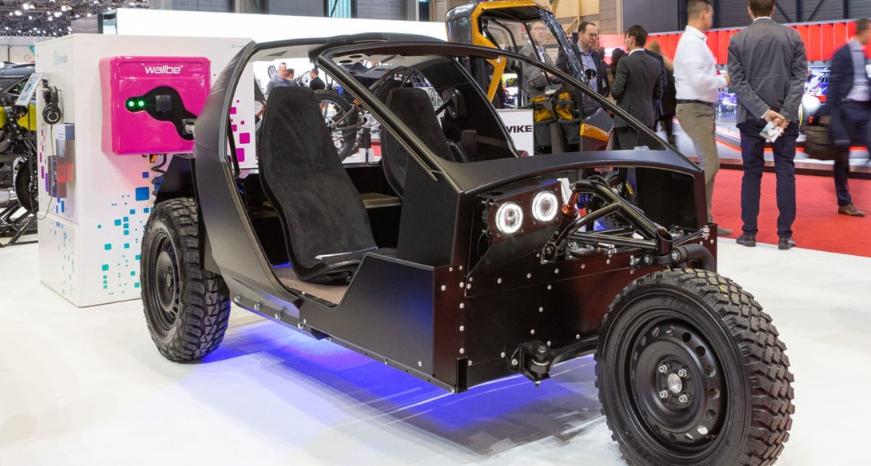 With the Twike 5, Fine Mobile GmbH shows that electromobility can not only be clean, it can also promote health. With its pedal drive and electric motor, the 500-kilogram tricycle can travel up to 200 km / h.
Fine Mobile GmbH already presented the successor to Twike 3, the Twike 5, which was sold more than 1,000 times at the Geneva Auto Salon 2019. Yes, because the name Twike is made up of twin and bike, which in turn leads to the original idea behind this vehicle. The tricycle, initially conceived in Switzerland, which won the first prize at a university design competition in Vancouver at the 1986 Expo, is at its heart a covered tandem with two seats installed next to each other. But back to the future.

The Twike 5, which is mobile for license holders of classes A1, A and B, is said to be fast up to 200 kilometers per hour and cost from 39,000 euros. Of course, such a pace cannot be achieved simply by using the pedal. A 45 kilowatt and up to 250 Newton meter synchronous motor provides the main drive. The two occupants can contribute up to 20 percent – at city pace – by pedaling, whereby they can pedal up to 300 watts. However, the passenger may only kick if the owner has set an additional check mark when ordering. Because in the basic version the footwell of the co-pilot is empty. Important for the passenger: he can, but does not have to pedal, even if there are any.

After 5,000 kilometers there is a V-Max suspension – maybe
When ordering, it must also be specified which battery size it may be: 15, 20, 25 or 30 kilowatt hours. The maximum achievable speed of the Twike 5 also depends on the size of the batteries. Between 120 and 200 km / h are possible. But not from the start. A V-Max suspension can only take place after 5,000 kilometers. Until then you have to make do with 130 km / h. The cancellation will only take place if the manufacturer considers the owner of the vehicle to be suitable.

Production comes before the order itself. A delicate issue, since 962 orders for the limited edition 500 Twike 5 have so far been received, but it was far from certain whether it would ever be built. In addition to the goal of 200 incoming orders, which was achieved quite quickly, there was another requirement: two million euros. As of Monday (June 22, 2020), the amount collected through crowdfunding called Twike Community Funding was 2.7 million euros. The difference to conventional crowdfunding is that the project is not supported through donations, but with an interest-bearing loan. The donor determines the amount of the loan himself. He invests the money as a down payment on a Twike 5.