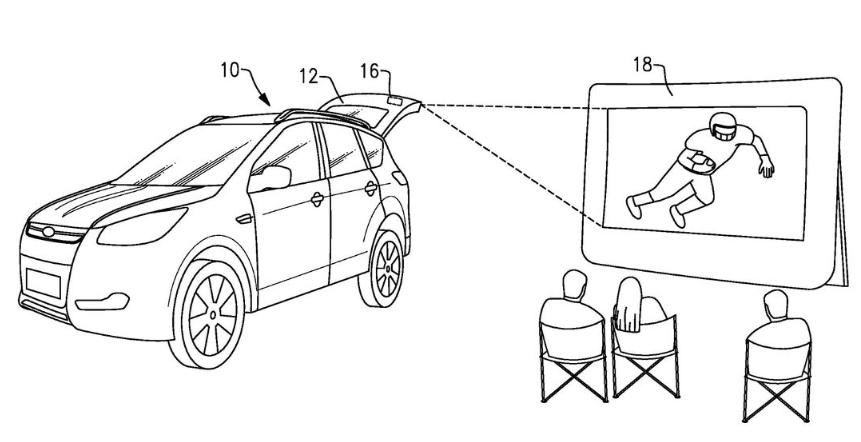 The name says it all: In a collection we present bizarre patents from the car manufacturers. These include tire cooling with splash water from Daimler and the electronic nose app from Ford.
Allergy sufferers and people with a very sensitive sense of smell can breathe easy. On April 9, Ford presented a patent for an “electronic nose app” for taxis and other ridesharing opportunities.

If Ride-Share customers are currently given information about the name of the driver, the vehicle brand and also the model, color and number plate as well as previous customer reviews before entering the taxi, information about odors in the interior has so far been missing. For allergy sufferers, a trip in an interior that is contaminated by peanuts or dog hair, for example, can quickly become a nightmare.

The Ford system (Transportation System Using Odor Preferences, TSUOP for short) consists of various sensors, including a spectrometer, a chromatograph, an optical sensor and a metal oxide semiconductor sensor. Software compares the information collected with the threshold values ​​stored by the app user. On the basis of these values, the customer is then given the right taxi.

The vision of moving sideways by car has been around for a while. Learner drivers in particular often wish they could simply park sideways. So far, however, there is no road-legal vehicle that can turn the wheels 90 degrees to the right or left. Perhaps Toyota dares to venture, because the Japanese have registered a corresponding turn signal system with the patent office, which should indicate to the environment when a car is moving – let’s call it “unorthodox” – directions. With the proposed system, the car can also turn on the spot. Although there is a motor on each wheel for this, it does not work like the “Tank Turn” of the Rivian, in which the wheels turn in opposite directions. At Toyota, the wheels inside the wheel house can actually be turned 180 degrees horizontally.