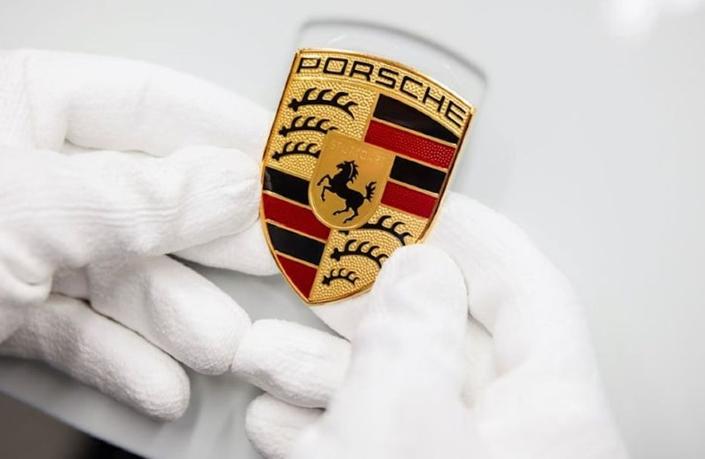 So let’s go back to the 1950s and look back at the history of one of the most iconic logos ever to grace the hood of a car, the Porsche Crest. Not all of us have a collection of old 911s in the garage, but this does not stop us from admiring the creations of the famous German brand.

It all started when Ferry Porsche and Ottomar Domnick, a doctor from Stuttgart and Porsche’s first client, approached the German Art Academy with a proposal to hold a logo design competition with a prize fund of DM 1,000. Soon the projects were presented, but the customers did not like anything, so the winner was not announced.

It was only after a meeting between Porsche representatives and American businessman Max Hoffman that the corporate design finally came to life. Hoffman imported European cars and had great influence in the automotive world, thanks in large part to his world-famous New York showroom, which exhibited the cars of the future. After he brought the first Porsche 356 to the States and it won the Watkins Glen Competition (Most Interesting Car), Hoffman decided to work more closely with the fledgling German automaker.

At dinner, Ferry Porsche insisted on a branded emblem that would symbolize the quality and unique design of his cars. This led to him sketching the logo on a napkin, which would eventually become the famous coat of arms. Details were finalized by Porsche designer Franz Xavier Reimshpiss, who presented the final version. In the middle of the coat of arms of the city of Stuttgart, a rearing horse framed by a golden shield is depicted. At the top is the name of the city, and on the sides are its colors (red and black) and deer antlers, borrowed from the coat of arms of Württemberg-Hohenzollern. In the upper part is the name of the company, as if uniting all of the above.

The logo first appeared in 1952 on the steering wheel of the 356, and then began to be attached to the body – in 1954, and wheel covers – in 1959. Since its inception, it has changed five times, mostly minor adjustments to the coloring and some additional details, essentially remaining the same.

Today, the company produces its classic nameplates by hand, using the same methods and tools as the designers who created them seventy years ago. Only now the logo is applied not only to cars, but also to coffee cups, T-shirts, watches and even suitcases. It is an enduring symbol of the company’s heritage and design excellence and is instantly recognizable around the world.