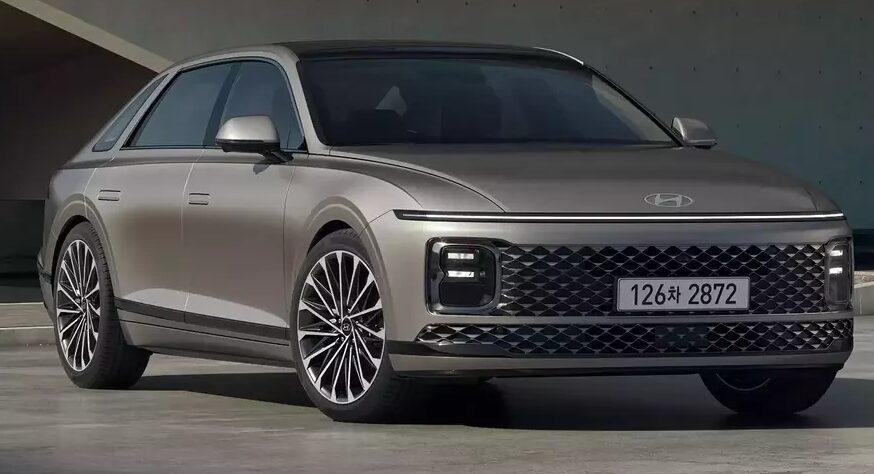 Hyundai spoke about the equipment features and range of engines of the seventh generation Grandeur sedan. The most popular passenger car in the South Korean market has received a completely new look in the style of the Staria minivan. In addition, the car got a new media system, acoustic glazing, adaptive suspension and smart transmission. Prices for the new Hyundai Grandeur in South Korea start at 37,160,000 won.

The seventh-generation Hyundai Grandeur sedan was formally revealed in October. The four-door received a design with retro motifs, stylized as a single-spoke steering wheel, a front end in the style of Staria and Stargazer minivans, as well as three displays, one of which is entirely in charge of climate control settings, heating and other things. Now the company spoke about the features of the equipment and range of new engines, plus named prices – for South Korea so far.

The new Grandeur is 45 millimeters longer than its predecessor. All optics, including an additional brake light under the roof, are already “in the base” LED. The sedan is equipped with 10 airbags, climate control with photocatalytic air sterilization (eliminates unpleasant odors and kills germs at the same time), heated all seats, acoustic windshield and side windows, and of course a wide range of electronic assistants.

The digital cluster on the front panel is also included as standard. The “seventh” Grandeur was the first to acquire the Connected Car Navigation Cockpit (ccNC) multimedia complex with a “seamless” graphical interface for the main screen, “tidy” and projection display.

Music in the car is handled by a 14-speaker Bose audio system with Centerpoint surround sound technology. In addition, the South True algorithm is used to improve the sound quality, taking into account the peculiarities of the interior architecture.

Grandeur also has exotic options. For example, special lamps in the rear bumper that project guide lines when reversing, or a fingerprint driver recognition system.

Also announced for the sedan is an adaptive suspension that changes the stiffness of shock absorbers based on data from the front camera, and a transmission connected to navigation. The principle of its operation is the same as that of BMW and Rolls-Royce: pre-select the optimal gear based on the traffic situation and the route laid out.