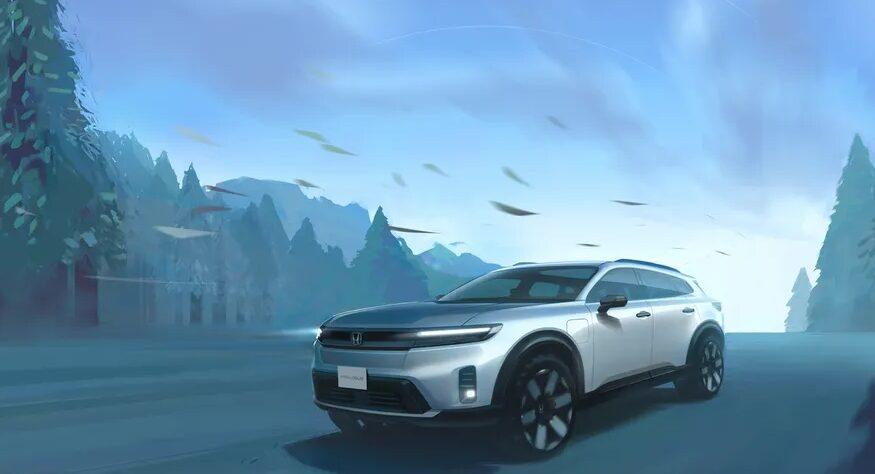 Honda has released a teaser of the upcoming Prologue 2024 electric SUV, the company’s first electric vehicle to be sold in the United States. The company also advertised its hybrid vehicles as a way to address the slow adoption of its EV strategy compared to its competitors.

The Prologue will be the first of two cars that Honda is developing with General Motors, using the U.S. automaker’s Ultium batteries. The other car will carry the Acura nameplate and will also be co-developed with GM, but the company has not disclosed any new information about it at this time. The Prologue, which will go on sale in 2024, also marks the beginning of a wave of 30 hybrid, battery and fuel-powered cars that Honda says will be available by 2030.

These electric cars will be built on a variety of electric vehicle architectures that Honda is building, some in collaboration with General Motors. The Honda Prologue and Acura EV will be built on the GM Ultium platform, which is also used in the Detroit automaker’s Hummer EV pickup and Cadillac Lyriq SUV.

As seen in the teaser, the Prologue takes some subtle design cues from everyone’s favorite city car, the Honda E. Honda also emphasizes the car’s long wheelbase and short overhang, or the length of the car that extends beyond its wheelbase. The Prologue was designed at Honda Design Studio in Los Angeles in collaboration with a team of designers from Japan.

“We wanted to make sure the Prologue represented a true Honda electric car and something that would look at home in the showroom next to the rest of our SUV lineup,” Diallo said.

Honda’s current lineup of electric cars is extremely limited compared to other automakers. The company recently discontinued the Clarity EV , although it will continue to sell hydrogen and plug-in hybrid versions of the car. And the Honda E is only available in Japan and Europe.