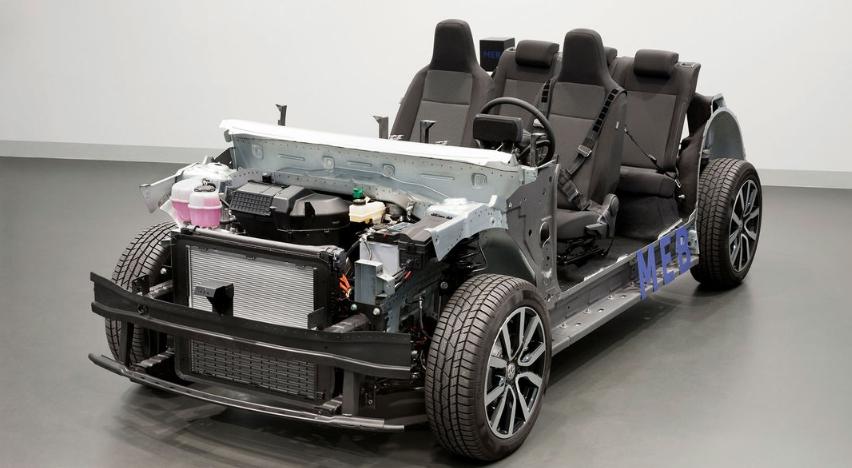 VW is a master of construction kits – for combustion engines, but not yet for e-cars. For them there is still a confusing variety of architectures. We show which.

The Volkswagen Group sold eleven million cars in 2019. 80 percent of this is based on the Modular Transverse Toolkit (MQB), which is essentially designed for one dimension: the distance from the center of the front wheel to the bulkhead or accelerator pedal. Wheel sizes, wheelbase, body – all variable, and yet the kit allows savings in the hundreds of millions due to the same or very similar parts. Motors, air conditioning systems, infotainment modular system (MIB3) – all the same parts anyway. They can even be used for the other modular system. The modular longitudinal construction kit (MLB) forms the basis for the large Audis including Q5 to Q8, Touareg and Cayenne.

The first Volkswagen electric cars (eGolf, eUp, Skoda Citigo IV, Seat Mii electric) used combustion platforms. But as early as 2025, VW wants to sell millions of electric vehicles and therefore needs (its own) construction kits. The first is called Modular Electrical Construction Kit (MEB) and is the electrical counterpart to the MQB. The first model is the ID.3. All ID models, but also variants of other brands (Audi Q4 E-Tron, Seat El Born, Skoda Enyaq) are based on it. The MEB can do multiple wheelbases, but the bandwidth is limited. Significantly less than four or considerably more than five meters of vehicle length is not possible. In addition, there is an upper power limit, which is currently 306 hp with two motors, the maximum battery capacity is 111 kWh.

Two kits for the future

For more powerful corporate cars, an electrical equivalent to the MLB is required. They are currently developing Porsche and Audi together. It is called Premium Platform Electric (PPE). The next Porsche Macan (from 2021) will be the first vehicle based on PPE. Audi will initially use it for a non-SUV. The internally called E6 four-door coupé should be about the same size as an A5 Sportback on the outside, offer space for an A6 on the inside thanks to the package advantages of the electric drive, and would be a perfectly fitting competition for the BMW i4.

But that’s a dream of the future. Nevertheless, there are already more powerful electric cars in the group, such as the Porsche Taycan or the Audi E-Tron. They stand on their own architectures, which are currently only used for body variants (E-Tron Sportback, Taycan Cross Turismo) of these models. Audi’s electric SUV is based on the MLB evo, i.e. on a modified variant of the modular longitudinal construction kit and therefore on an adapted combustion platform such as BMW’s iX3.