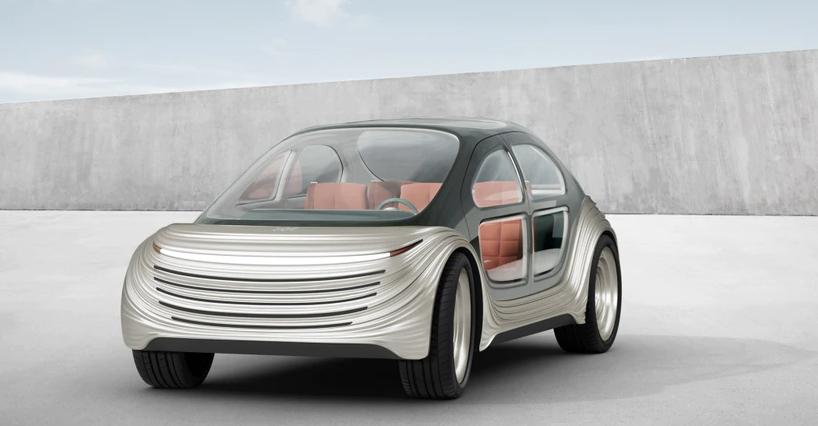 A London-based design forge has developed a car for a Chinese brand that can be used simultaneously as a dining room, bedroom and playroom.

Heatherwick is the name of an architecture and design firm that recently unveiled a concept car called the Airo. There have already been sightings of etudes with variable interiors, such as the Mini Urbanaut . But one thing that sets the car from the London atelier apart from the BMW subsidiary’s concept: automaker IM Motors really wants to build the Airo starting in 2023. The joint venture between automaker SAIC, Alibaba and the high-tech region of Zhangjiang near Shanghai has not yet placed the Airo on its own site. Instead, a sedan and SUV will be announced there .

The four seats can not only be freely rotated, but also folded to form a flat surface. There are also retractable components that passengers can put together to form a table. The result: four people can sit around it – just like in a dining room. Alternatively, all the seats can be converted into a bed and you have a “bedroom.” Owners can also turn the interior into a movie or game room, as well as deploy a huge screen. The prototype has already been unveiled at the Shanghai Auto Show in April, but there is no record of what the bed or display looks like when unfolded. The large glass surfaces of the Airos are supposed to lose their transparency on command and thus provide privacy.

Heatherwick emphasizes the air purification features. Airo also cleans the air around the car of harmful particles from other vehicles, the studio writes in its press release . The founder says Airo goes even further and also absorbs pollutants from other vehicles while driving. In addition to the car itself, the studio created a steel charging station with an extended charging cable. This is the first car Heatherwick has created. Before that, however, projects included a public bus and a tourist boat.